St Huberts, Essex County, Northern, New York 8-11-2011 Hike
I am going to do by best here with piecing together the hike in the St Huberts area. This is written up for a few friends that was inquiring on the New York Waterfalls group

We arrived at the trailhead visitor parking area at about 8am. You first have to park in designated area, and then walk down the Ausable Club road to the trail beginning.

We started off by taking the West River Trail. We were going to go to Russell Brook Falls first, but was told at the gate that it was on private property. 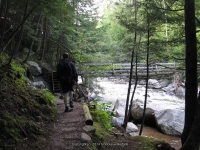 We arrived at Pyramid Falls at about 9:50am 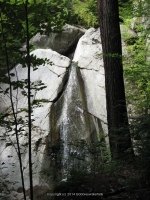 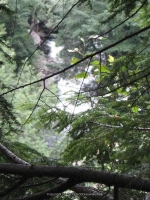 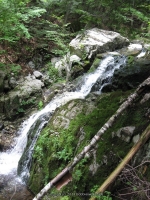 We arrived at Wedgebrook Falls at about 11:01am 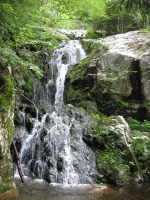 We arrived at Beaver Meadow Falls at about 11:30am 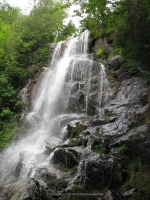 Our next stop we came to Rainbow Falls. We arrived here at about 12:36pm 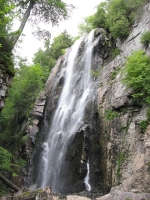 From here we were headed for Fairy Ladder Falls, or so we thought! We crossed over to the East side and headed towards what we thought the trail to Fairy Ladder. Instead we ended up at Fish Hawk Cliffs. We arrived here at about 2:16pm 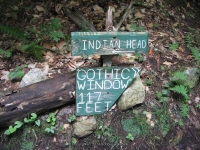 We climb back down and got onto the Gill Brook Trail and decided we had to head back out before dark. We got to the Gill Brook trail at about 2:47pm, we were headed for Lake Road. I am glad we did not trackback to get to Lake road or we would have not seen the falls along the Gill Brook including Artists Falls

I believe Artist Falls was one of the first few photos shown here.. 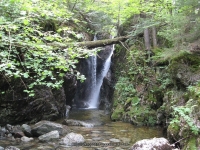 I hope this will help others that are planning on this hike and are new to the area as we were. Word of advice…do not try this hike when you are sick!!! Holy Cow…we did not sleep well the night before, coughing and feverish and tired before even starting….I was determined to take the hike anyways…brutal!!!